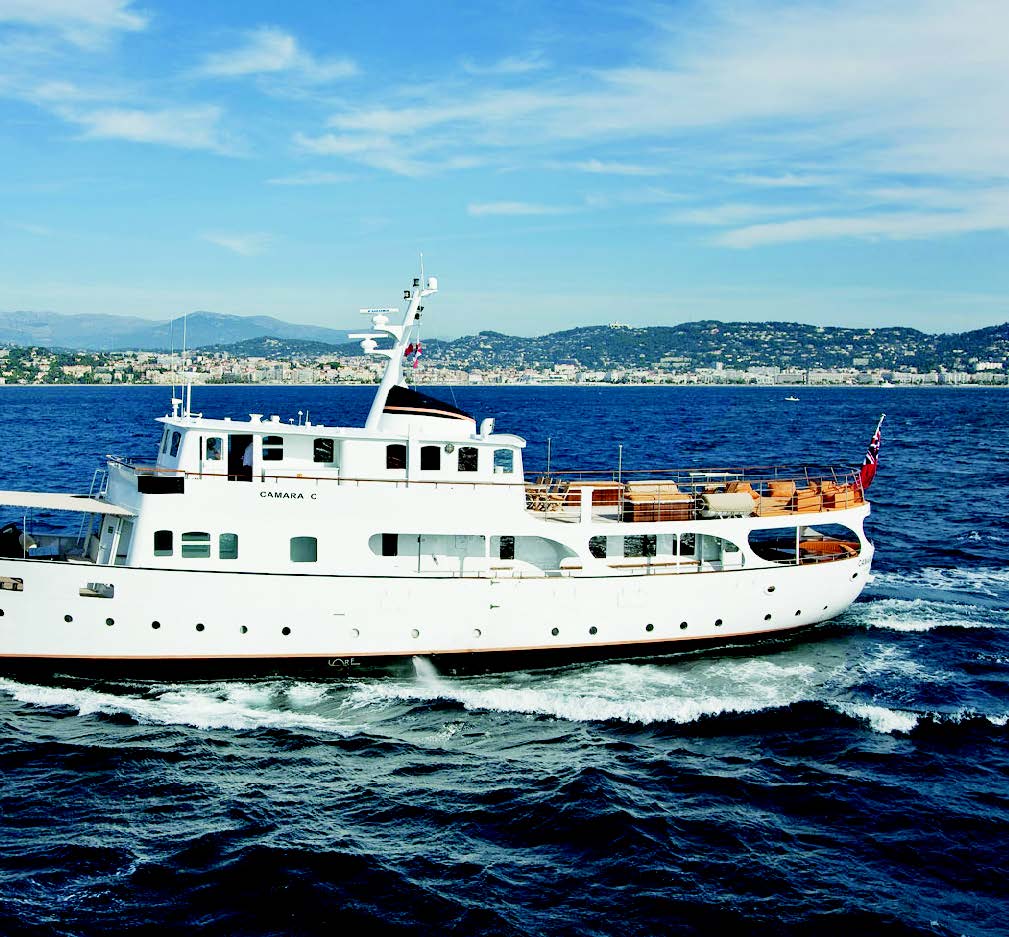 Built in 1961 by the Yarrow & Co ship building company in the United Kingdom, the CAMARA C is a stunning ‘gentleman’s yacht’. Having recently completed an extensive refit, the yacht now calls Phuket home. At 32m/105ft in length, the CAMARA C can accommodate up to 12 passengers with 7 qualified crew and reaches a top speed of 12 knots. During the winter months she is available for charter under Fraser in Phuket in Thailand, the Mergui Archipelago in Myanmar and Langkawi in Malaysia. Camara C will operate in the South China Sea or the South Pacific during the summer months.

GL Watson was the naval architect firm involved in the formal nautical plans for CAMARA C, they were also involved in the engineering package. Built by Yarrow & Co in the United Kingdom, the vessel is a culmination of the country’s experience of yacht construction for its time. She was officially launched in Glasgow in 1961 before being handed over to the owner. Steel was used in the building of the hull, while her superstructure over the hull is composed of steel and aluminum.

The sundeck boats 360 degree views and ample space for leisure. There are 2 sun loungers, 2 sun bunks and a comfortable sunbathing area with large sun beds to the aft. For rainy days, CAMARA C has an enclosed stern aft deck with fixed seating and a large table able to seat 12 guests.

CAMARA C has the following tenders & toys on-board: Water skis, a Knee board, a Wake board, 2 donuts and snorkeling gear. Audio Visual Equipment and Deck Facilities include a SAT TV, DVD Player + DVD Library, HiFi, IPod dockage in the Saloon. An LCD TV, DVD Player, CD Player, IPod Dockage in the Master Cabin and IPod Dockage avail-able in each cabin.

The CAMARA C can accom-modate 12 guests staying on board in spacious luxury. 4 double cabins and 2 twin cabins ensure plenty of space for two families to luxuriate in the inviting tropical waters of Asia. Her master cabin, is located on the Main Deck and features a king size bed and an en-suite shower room. The remain-ing cabins situated on the lower deck include a VIP stateroom with a Queen size bed and en-suite bathroom, two double staterooms with an en-suite with Shower room, an additional double cabin with an en-suite shower room and a Sofa/Bed, convenient for families with a child and a twin cabin with an en-suite Shower room.