Velsheda became the third different crew to win a race at the event and their hard earned victory, leading at every mark today, could not have come at a better moment. Thursday’s race for them was more or less over after they made a wrong call on the first leg. The course thereafter was a pedestrian paced procession. In contrast, today’s contest, raced in a testing offshore NE’ly of 6-12kts, proved much more engaging from start to finish, even if the breeze was finally failing as the leaders crossed the finish. 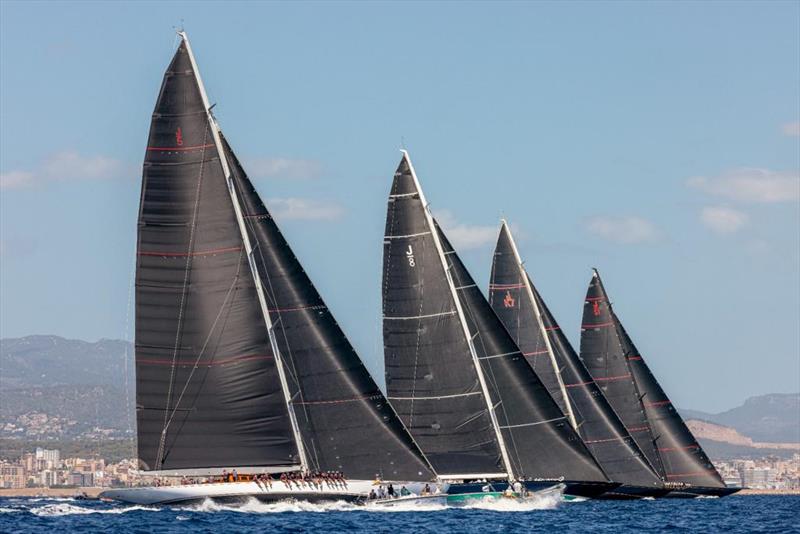 With the wind blowing at 13-14kts from 065 degrees, the windward mark was set relatively close to the shore in front of the Arenal-C’an Pastilla waterfront. The four boat fleet split in half off the line, Svea on the pin with Velsheda starting best just above and slightly quicker. They stayed left inshore, while Topaz and Ranger stayed out to approach the first turn from the right. Velsheda led round the mark from Svea with regatta leaders Topaz in third and Ranger fourth.

On the long run down across the Bay of Palma to the Sech mark, at the extreme west side, Velsheda stayed out whilst Svea gybed right which allowed a small gain again to Velsheda. The leading pair then stayed inshore on a good lifted angle. The second pair, Topaz and Ranger, went right and lost significantly. 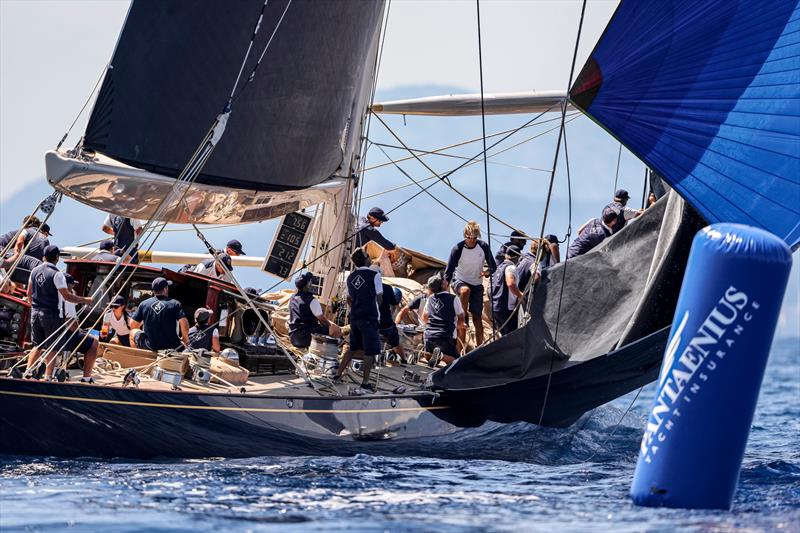 Velsheda, which has Tom Dodson calling tactics backed up by Andy Beadsworth, stayed ahead all the way to the finish, making another nice gain at near the top of the long second beat. Meanwhile Ranger passed Topaz on this same upwind to claim third place.

“This was a good shot in the arm for the team after yesterday,” smiled Velsheda’s navigator Campbell Field. “We did what we wanted to do: get a nice start, stay in front and don’t panic.” 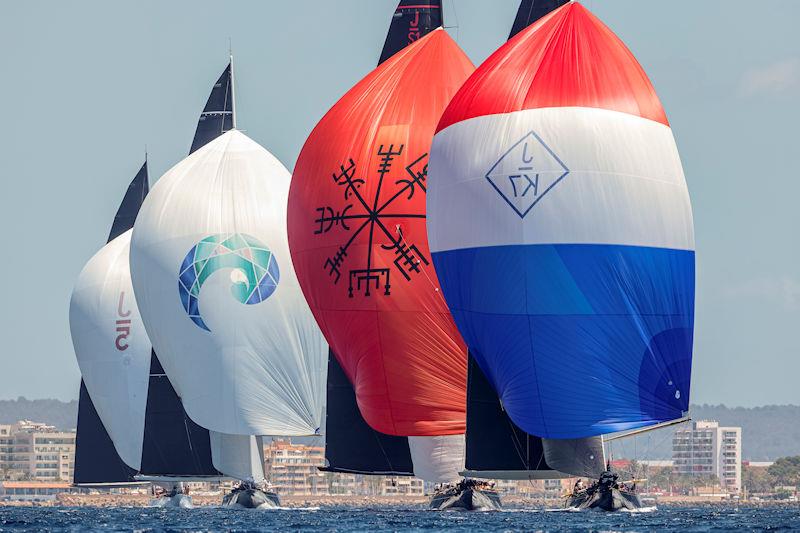 Velsheda’s Dodson added, “We were frustrated at ourselves after yesterday. And we know that we are pretty quick upwind and so you get frustrated when you can’t use that. And so today we just said ‘let’s come off the middle of the line at pace with room to leeward and we had that. But it was still a tight battle with Svea.”

Field paid a warm tribute to the team and the owner. “We sailed well. The focus at the back of the boat was incredible at times and everyone did a great job. We are racing with an owner-driver against professional drivers and Ronald (the owner-helmsman) was so focused on sailing the boat fast, half the time he was kind of oblivious to all the things we are talking about, things going on around us, it would be very easy for him to get distracted. And we had a good race with Svea. At times they had laser eyes on us and at other times we had laser eyes on them.”

He enthused, “Today made it good yacht racing rather than a procession round the bay. It was more fun. We got away from Svea at the bottom, we threw a little dummy gybe at them and they took it, they gybed away and overlaid the bottom mark. It was a good race.” 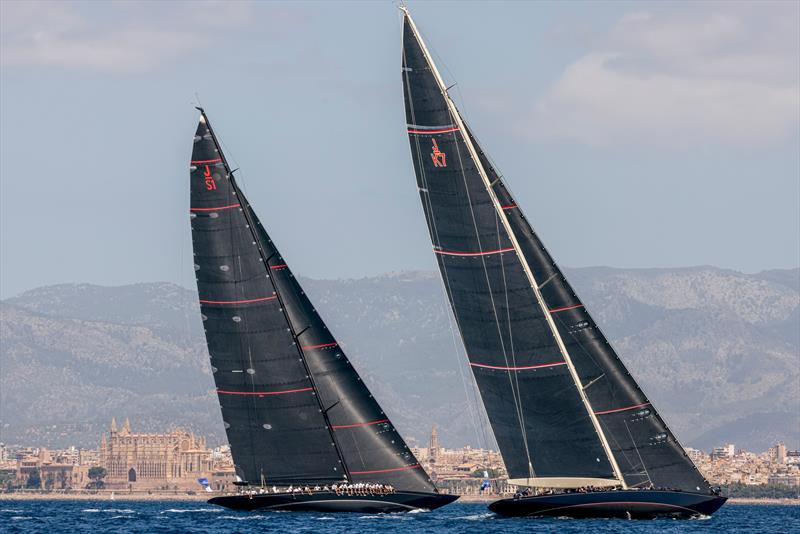 The stage is set for an engaging final day. Svea lead by one point from Topaz who are now only two points up on today’s winners Velsheda. As Svea’s tactician Bouwe Bekking observes with Velesheda winning today that reduces the options for the top two boats to match race each other as that would open the door for Velsheda. 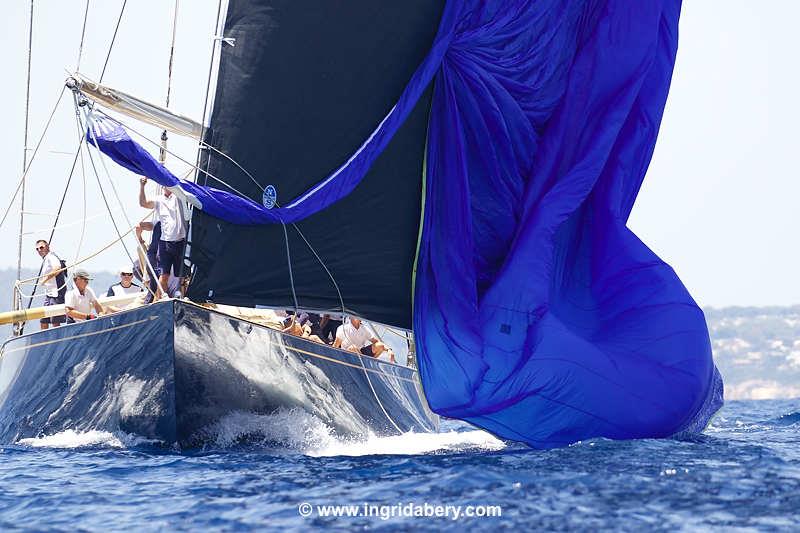 Svea’s Bekking, who won the regatta on Lionheart in 2014 the last time the J Class raced, said, “It looks quite good overall, yes, but the nice thing is the whole regatta is still open. Velsheda now have a chance of winning too and that makes it a little easier for tomorrow as it is not going to be just a match race with Topaz. It has been a good regatta so far with most boats winning races.” 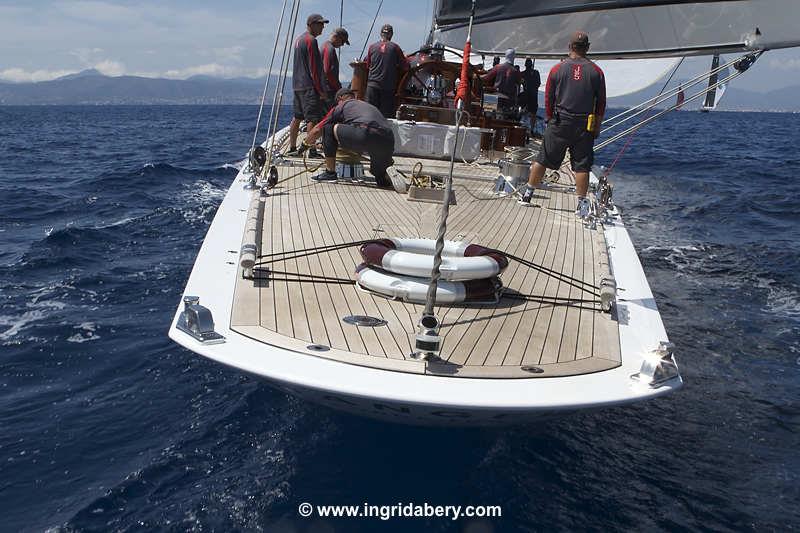 In fact all three of the top boats have won at least one race but all have also been fourth at least once whilst Ranger has finished third in all four races so far. Racing concludes Saturday.