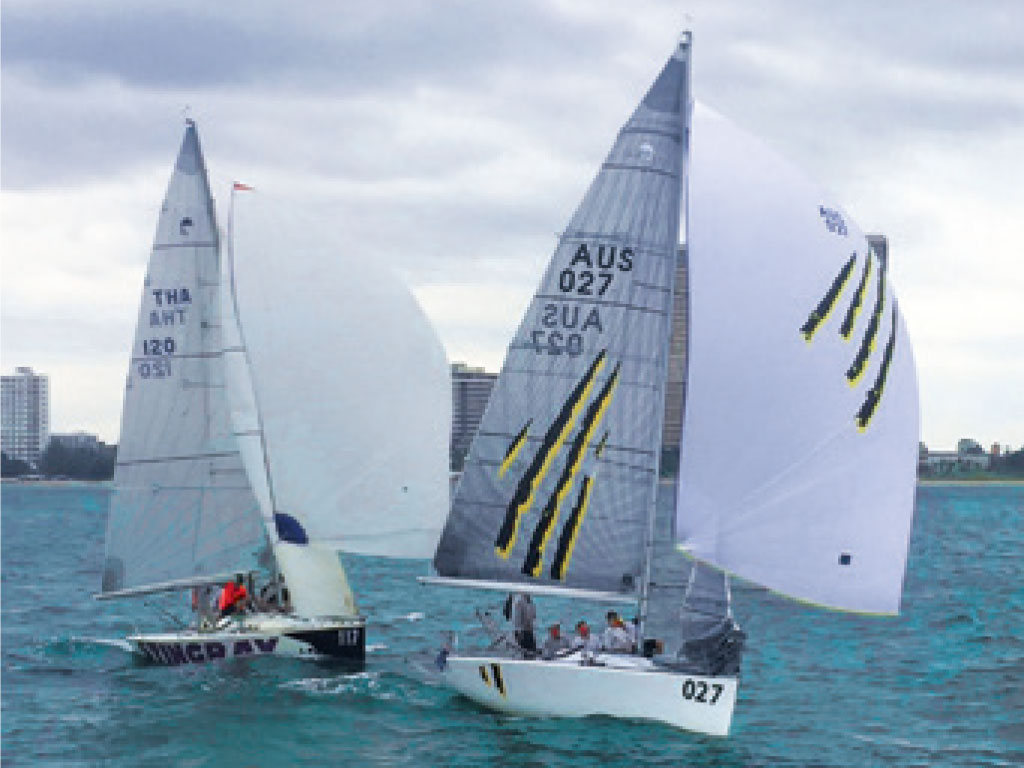 In spite of this, five intrepid Platu crews headed for the racing area immediately north of the marina to take part in the practice regatta, which preceded the Platu Cup regatta itself. With the wind coming over the land it was possible to stay close to the shore but this did not prevent massive wind shifts and gusts up to 25 knots coming through to provide tacticians with a very busy day. Three races were able to be completed before the wind strength had all competitors running for the safety of the marina.

The results showed that Rolf was able to master the conditions whereas Chris on Easy Tiger was happy to be able to break in his new crew before the main event. Colin Simmonds and his Doolallie crew also had a good day coming in second. Grant Atkinson was brave enough to tackle some racing in spite of having two totally inexperienced crew onboard, while Tim Browne and the Weasel team used the practice regatta to get up to speed for the racing to follow.

Saturday brought wind speeds and gusts hardly ever seen here in Pattaya and certainly not the weather conditions the Platus were designed to race in. Racing was cancelled for the day.

Sunday morning looked even more ominous as a directive from the Marine Authorities of Thailand prohibited any vessel from leaving the marina until further notice. Luckily, the wind and gusts abated sufficiently for the order to be lifted and racing was able to be started at 12.30.

Again, the wind direction changes were significant but with winds of 12 knots and gusts up to 20 knots this was within the safe zone for Pla-tus. This did not make it any easier to race however and crews were made to work extremely hard. The Easy Tiger crew had obviously learned from the practice races and began to show their speed by winning the first three races. Tim Brown’s crew also sailed extremely well and finished just 15 seconds and then 2 seconds behind Easy Tiger for the first two races. Unfortunately, for them the double-point final race allowed Rolf’s win to lift him to second overall, one point ahead.

In spite of everything, crews finished the weekend with smiles on their faces and enjoyed the good food and the odd beer, or two, provided by the excellent staff of the Sailors Bar.